WCMA will host over 300 industry leaders, executives, representatives, and guests at the Hartford Convention Center 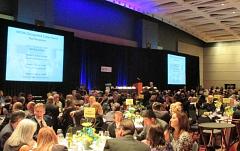 including many industry veterans who have been honored in the past.  The main cocktail reception has been called “the year’s best two hours of wire and cable industry networking” for producers of electrical and electronic wire and cable

2020 Recipients, announced at the WCMA Annual Meeting on December 5, include:

PLEASE RESERVE ON LINE OR VIA PRINTED FORM WHEN OPEN
TABLE/SEAT REGISTRATIONS –$1,950 per table (10 seats) OR $195 per individual

WCMA recognized its recipients for 2019 last year including - 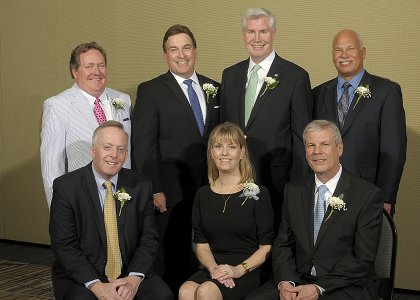 WCMA continues a tradition of recognizing wire and cable industry leaders and professionals, started over 30 years ago, by the late Dick and Harriet Callahan, founders of the Wire & Cable Clubs of America.

Nominations for this award are received from the WCMA member website and are first reviewed by a committee of prior Award recipients through a ballot process.  The WCMA Board of Directors then makes final selections based on an individual’s character, credibility, and commercial or technical contributions during their career.

WCMA thanks Mattingly Graphix for producing this video.